And so it begins!

The coastline of Nova Scotia is pretty much anything you can imagine: beaches in which you can wriggle your toes in your choice of white or red sand, others that require you to put on your walking shoes and hike along rocky shorelines, grassy paths or peat trails, cliffs with spectacular views, boardwalks that travel through marshes or let you enjoy the salt air bordering more urban areas. Sometimes it’s just enough to be and watch the tide come in or out, as seagulls wheel overhead, porpoises dance in waves, seals play on rocks, whales play off in the distance, or dogs and children run around with smiles of joy on their faces.

Our Nova Scotia adventure will begin with the red sand of the Northumberland Strait, where clouds often seem so low you could touch them. ETA: July 1, 2013.

Photos below are last year’s. Can’t wait to see what this year looks like!

This is the red sand that is typical of beaches along both the Bay of Fundy and the Northumberland Strait, the water that separates Prince Edward Island from New Brunswick and Nova Scotia. A late afternoon tide on a sunny day means that the water is warmed up by the dark sand that has been absorbing the sun’s heat all day. Combine this with the Northumberland Strait being relatively shallow and being known as having the warmest ocean water on the Atlantic coast north of Virginia, and you will find that your swimming experience is not typical of ocean water. 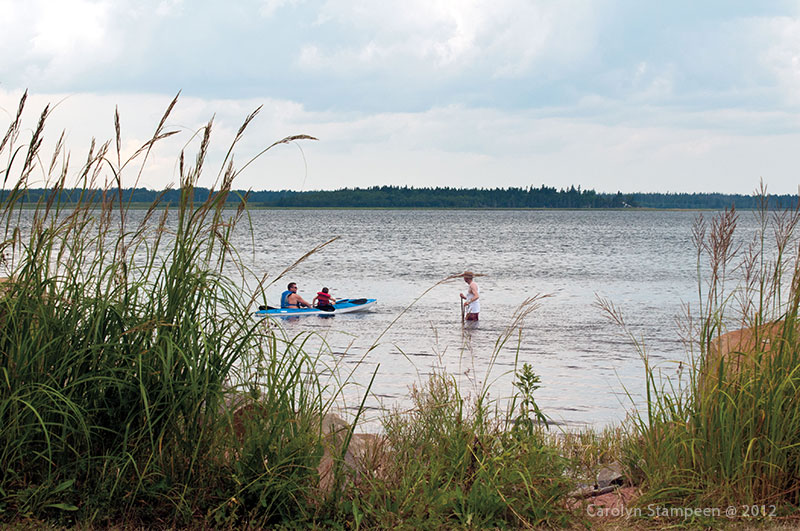 When the tide is just right, waders can meet kyakers. 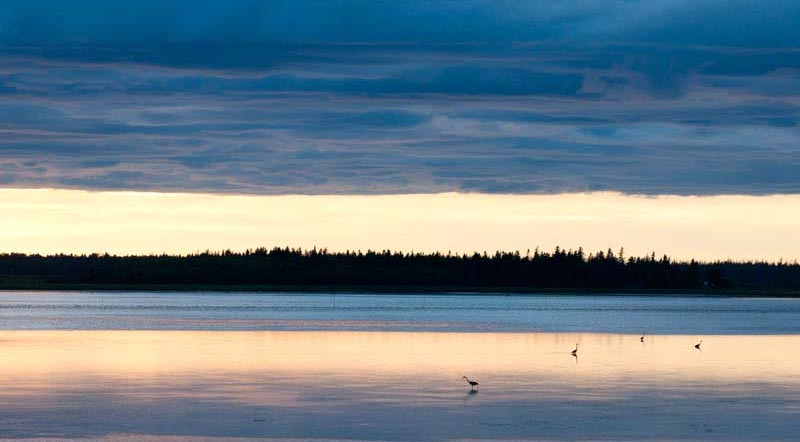 The clouds can seem so low we almost feel we could touch them. 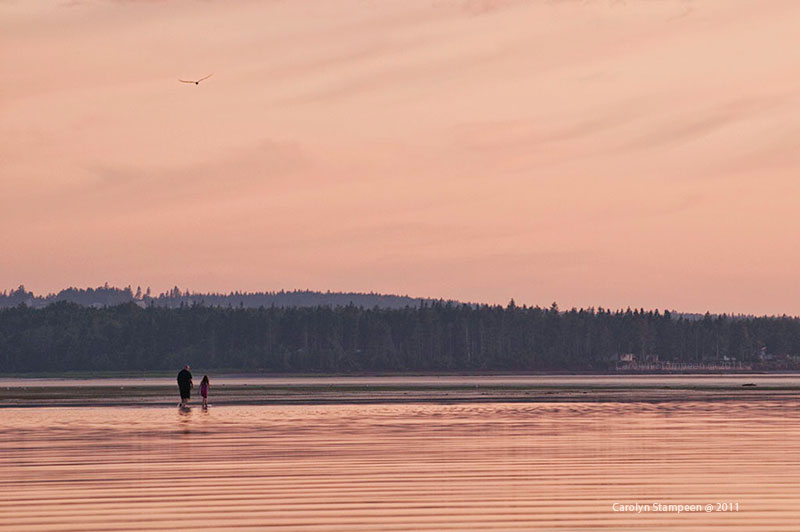 The tides go out so far on this particular beach that the shore can seem far away. Whenever you are photographing a sunset, don’t forget to linger, as magical things can happen after the sun dips below the horizon.