Our tour of the lighthouse route wouldn’t be complete without including Peggy’s Cove. We arrived at sunrise, intending on a magic light shoot, but nature decided to start the day with thick fog. I don’t know about you, but doesn’t it just seem more beautiful to see this majestic lighthouse in dense fog? 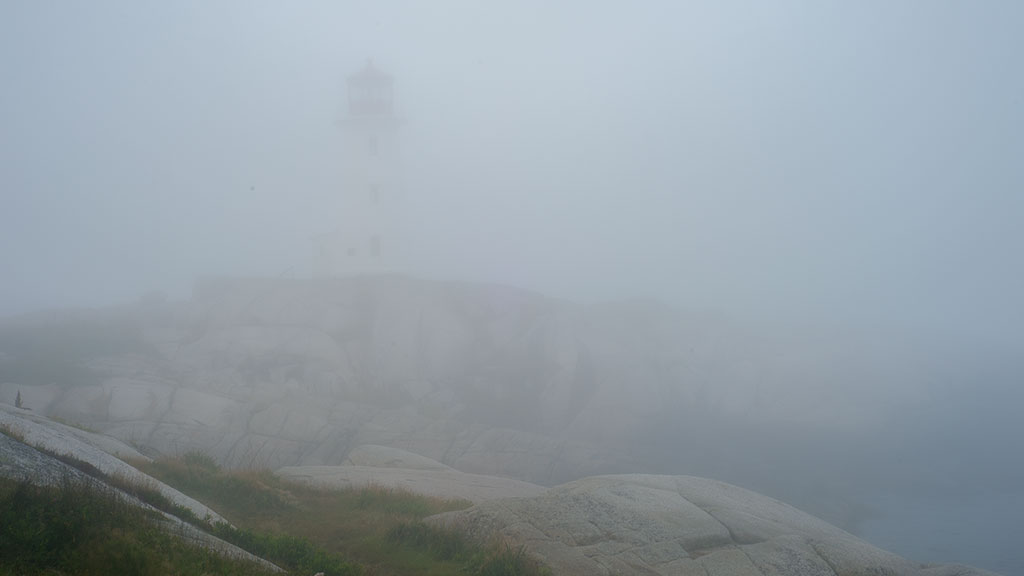 The harbour there is so very picturesque in the fog as well. 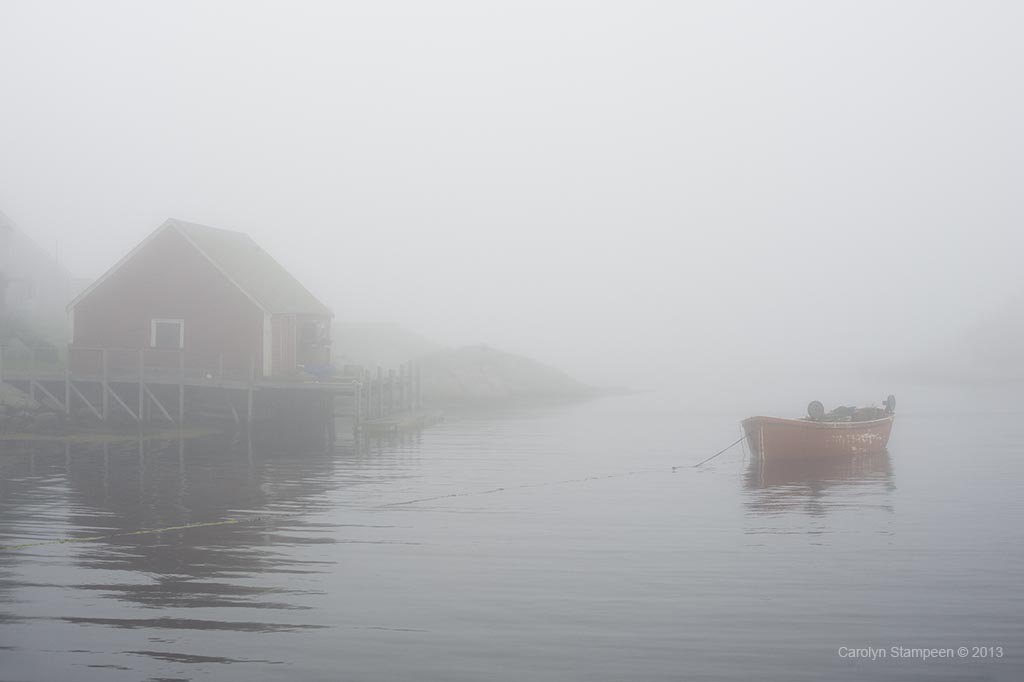 It didn’t take long for the fog to start burning off.  If you want to avoid crowds, consider arriving very early in the morning. As the fog cleared, we were able to get a better view of the rocks and the ocean. It’s advisable to heed the signs warning of the waves, as people do get swept off the rocks every year. 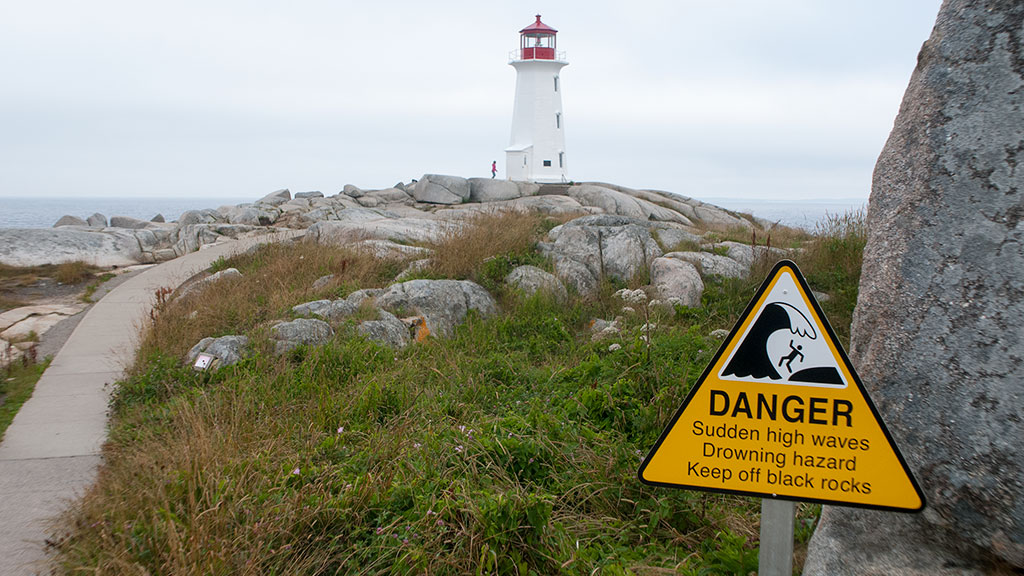 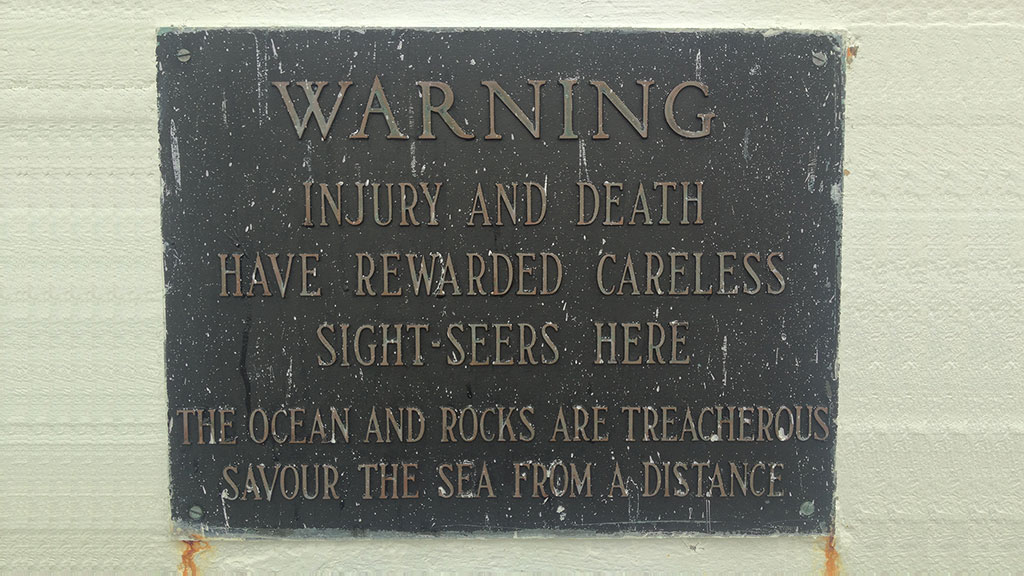 You can really get the scale of this place once there are people in the photo. One of my favourite photos of all summer was this one below, shot using my iPhone, go figure. I guess “the best camera is always the one you have with you“! Carolyn managed a similar shot below with her Nikon, but I like the one above. 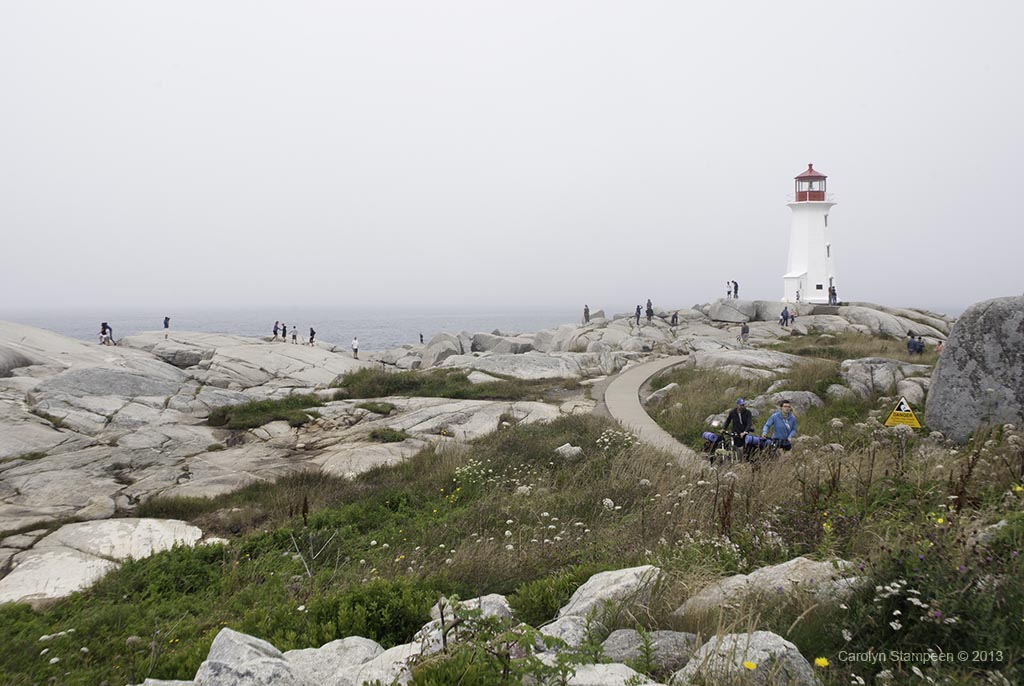 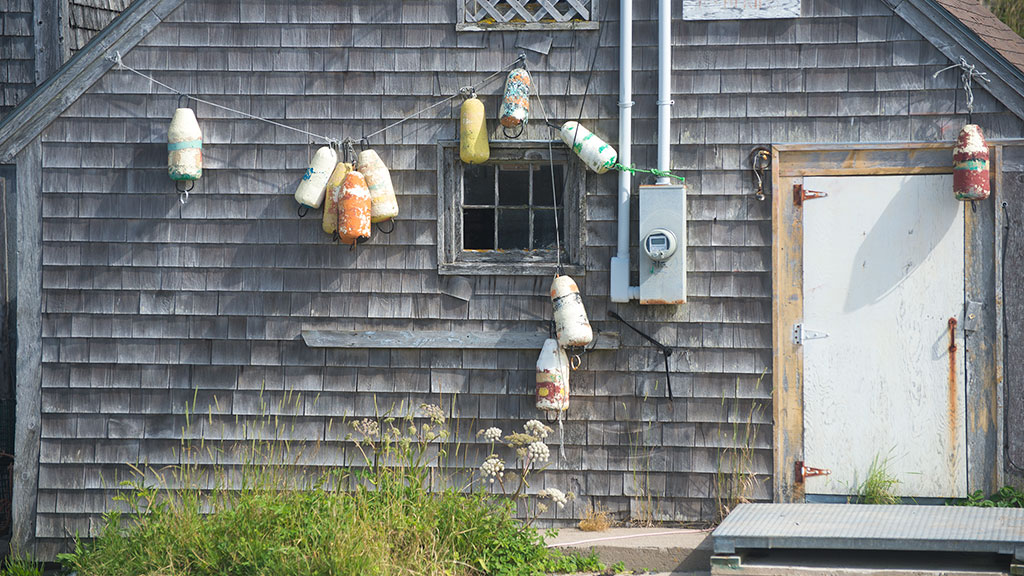 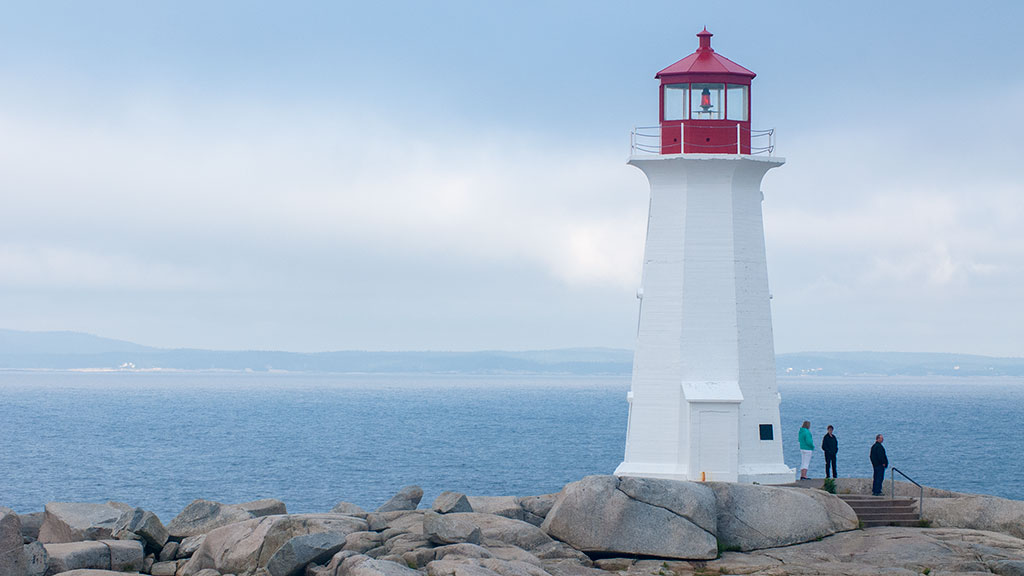 Once the fog cleared at 8:30 am, we went back to the village harbour to get some more scenic shots. 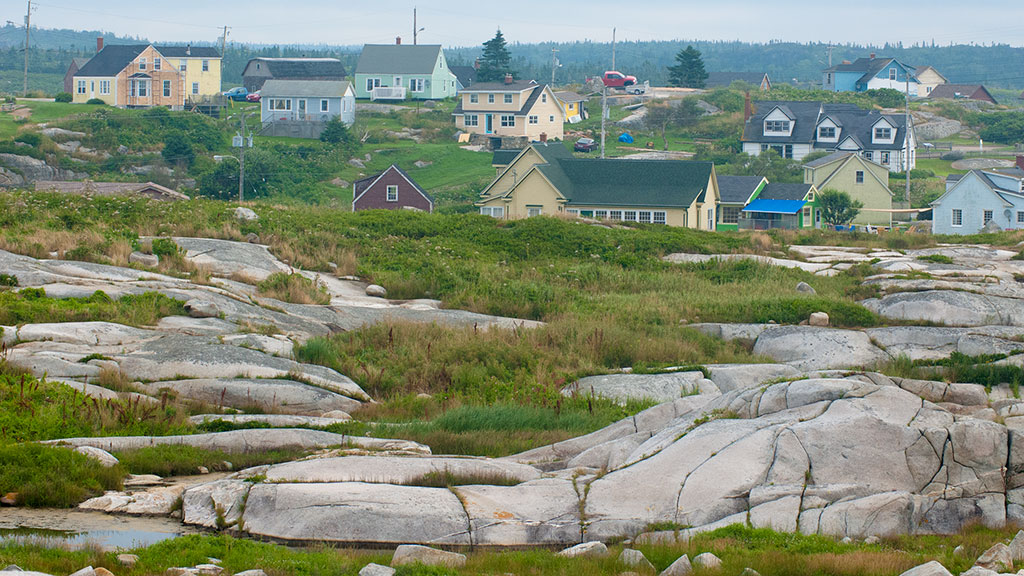 If you come here, take some time to just sit on the rocks and listen to the ocean. You’ll be glad you did – it’s the BEST part of coming here. Watch the video below to get a sense of the ocean sounds.

You may also be interested in our Peggy’s Cove Nova Scotia travel video. 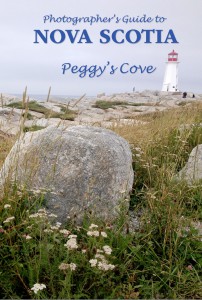 We suggest getting here early on a summer’s day, because the crowds start arriving at 9 am. 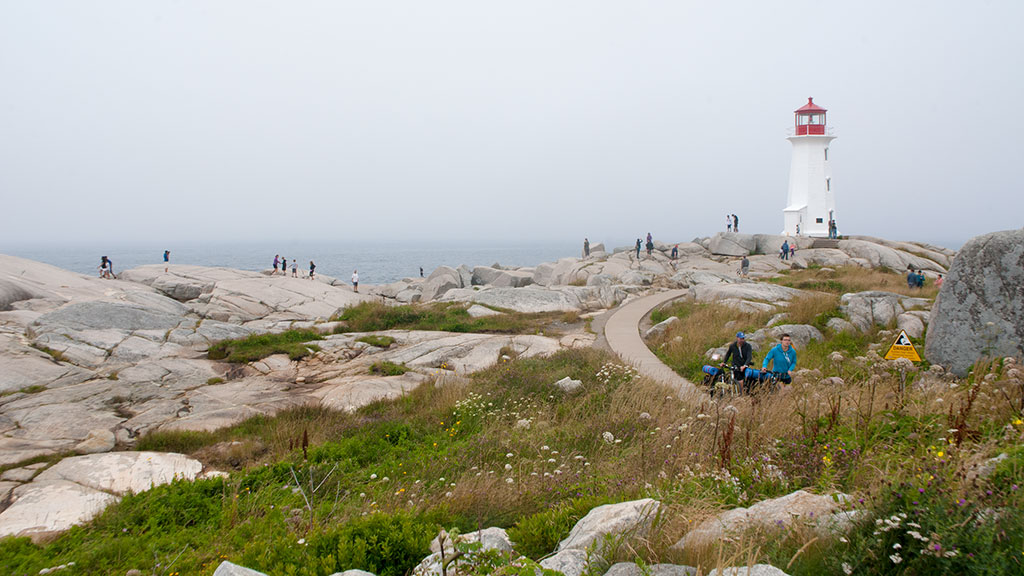 This entry was posted in Lighthouse, Video and tagged Nova Scotia Tourist Destinations, Peggy's Cove, Where to go in Nova Scotia. Bookmark the permalink.

One Response to Peggy’s Cove