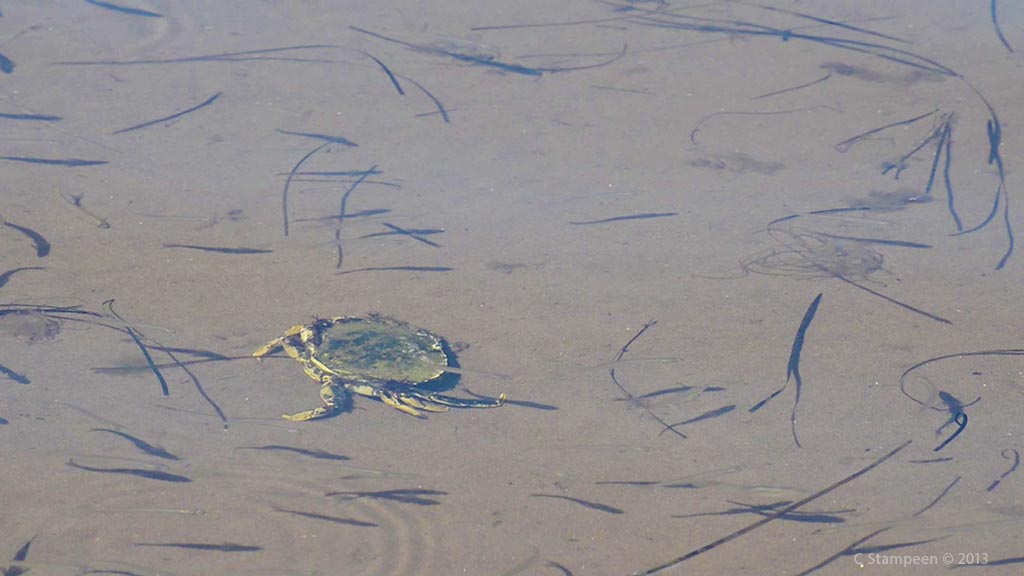 One minute this fella is playing with the fishes, the next… 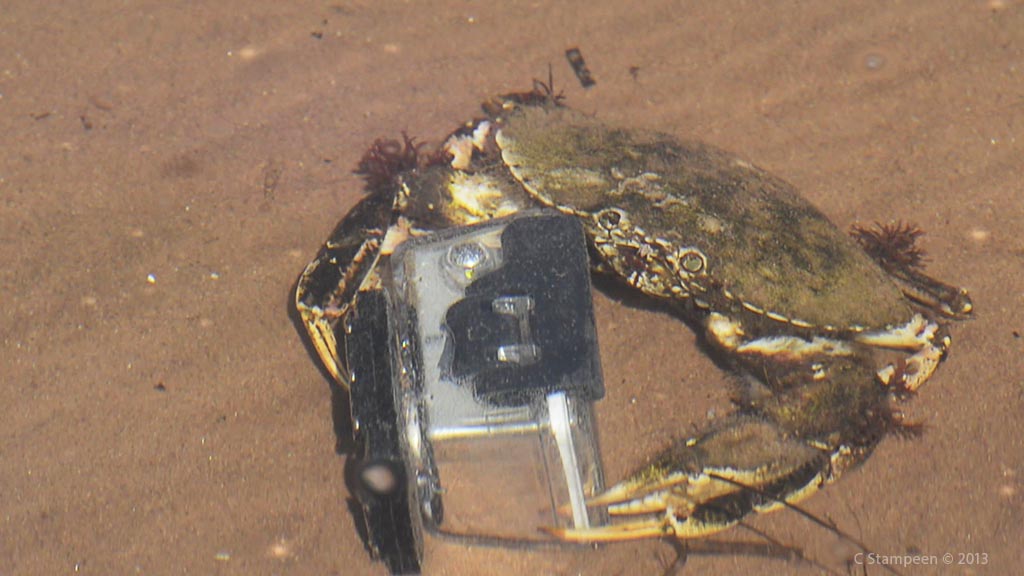 …it was attacking my GoPro!

So let’s back up a bit. I was wandering around the waters of what is locally known as Crab Island, kind of hoping that I would see, well, you know, a crab. Or two, or three. There was a time when I was a bit fearful of the critters, worried that when I walked in water in which I couldn’t see my feet that a pincher would clamp onto an unsuspecting and unprotected toe. I always enjoyed seeing them scuttle around their domain, but in a “as long as I see it first” sort of way. One fine summer’s day, things changed. I was looking at something above the water when I walked into something under the water. When I looked down to see what had hit my foot, I realized “it” hadn’t hit me, I had hit it. A crab was looking up as if to say, “what the?!!!” There was no pinching, no grabbing onto toes, just a rearing up and total look of surprise, then a scuttling away. I’m sure I heard it muttering something unflattering about humans with big feet as it disappeared. Emboldened, I experimented with confronting my fear during future encounters and discovered that no matter how big the crab, the first reaction was to run AWAY from possible danger. 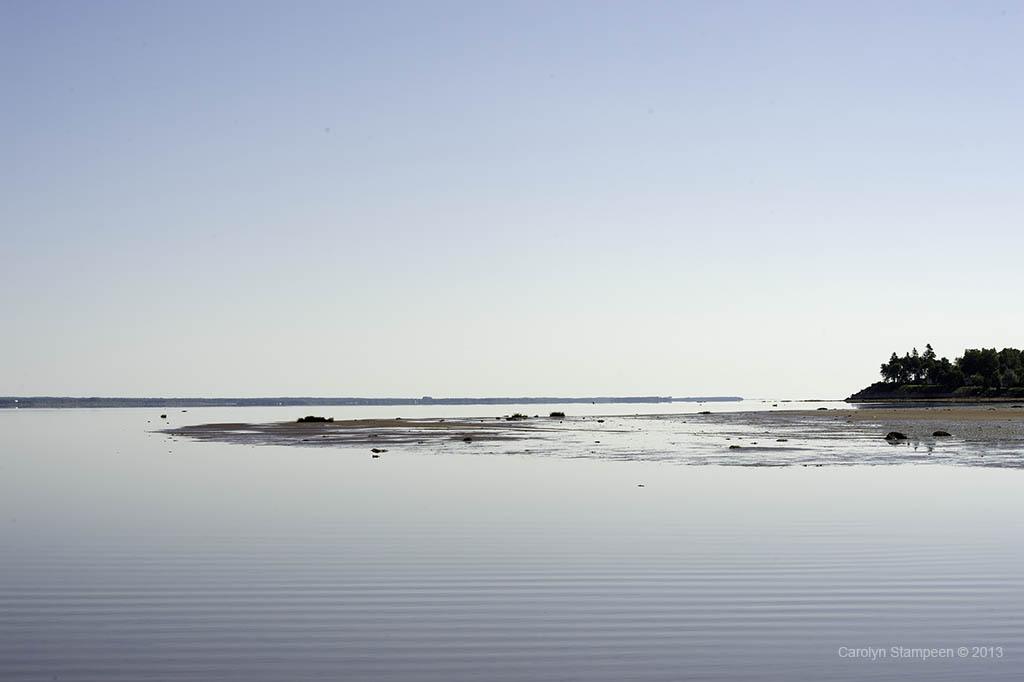 The dark point of land disappearing into the water (to the right of the image) is the area called Crab Island. During low tide, all the water between me (taking this photo) and it would be empty. When the tide is full, the sandy point jutting into the water and the beach seen here will be completely submerged.

On this particular day, confidently walking in possibly crab-ridden waters, I was having no luck seeing anything larger than a hermit crab. The tide had turned, was well on the way in and I needed to start heading back to make sure I was around the point before the tide came in much farther. The point itself can be very rocky and slippery, and the closer to land the worse it is, so it’s much better walking farther from shore on nice sand. As is often the case, when you’ve given up looking for something, it finds you. As I was approaching the point, I saw it! A rock crab was sitting in a nice sandy area and at first I wasn’t sure that it wasn’t just a discarded shell. But then it moved. I shot some above-water footage of it scuttling around some schooling fish, then it was time to get serious! I pulled my GoPro out of my camera bag, started it recording and placed it underwater in what should have been a great location to video the crab walking by. What happened next surprised me. This crab? This crab was not like the others. This crab was on the GoPro so fast that I hadn’t even finished standing up from placing the camera underwater before the siege began.

The crab surrounded the camera in what would have been a death hug and dance if this had been a razor clam. At first I was confident that the crab couldn’t hurt anything, then, as it showed no sign of relenting, I actually began to wonder which would win: crab or plexiglass? Could it find a weakness in the underwater housing? I watched for about 15 minutes, expecting it to give up, get bored, wander away to a more promising food source, before I finally decided that the crab had had enough. I also saw some folks walking along the beach with a bucket and didn’t want to be responsible for the fella being in someone’s dinner pot because it somehow thought that the goPro was either edible or a possible mate. I called my tripod into extra duty and used it to pry the crab from the camera. I then thought I might need to find a stick to dislodge the critter from my tripod, as it seemed to have found a new interest, but, thankfully, it let go, gave me a reproachful look, and scuttled off into deeper waters.

Video of the GoPro being assaulted by a crab from an underwater and above water point of view is here:

This entry was posted in Beach and tagged Northumberland Straight, Nova Scotia Tourist Destinations, What to see in Nova Scotia. Bookmark the permalink.