Hiking “High Head Trail” on the Hages Lane side of the trail is a totally awesome experience. You disappear from any sign of civilization within seconds of starting the hike and you’re soon at the ocean’s edge. Above is a glimpse of the sun setting through the black spruce along the narrow peat trail leading to the ocean. 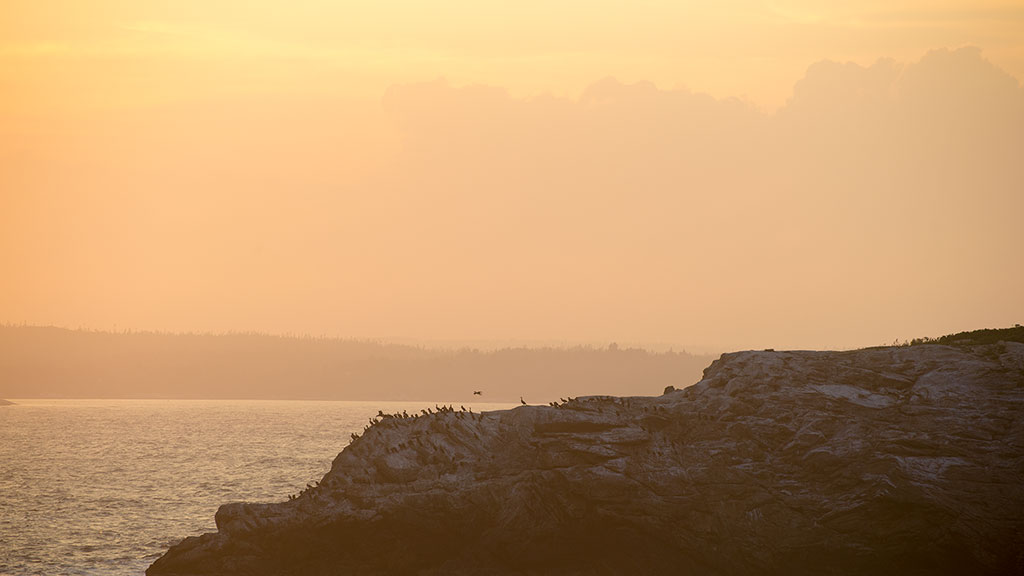 Below is a VR scene (iPad compatible) near the beginning of the trail. Click and drag to view the scene in 360˙ 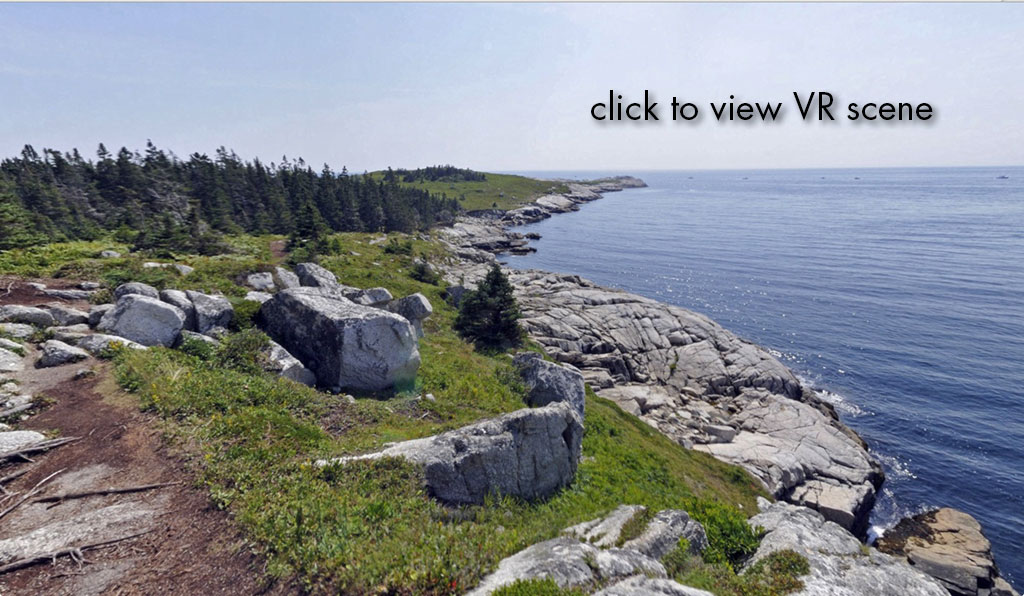 Prospect – High Head Trail.  The trail is protected by the Nature Conservancy of Canada. We revisit this part of Prospect every year, as it’s such an amazing hiking trail next to the ocean’s edge. Below is a VR scene (iPad compatible) mid trail. Click and drag to view the scene in 360˙

It’s popular with locals, too, as they come to fish from the edge of the rocks. 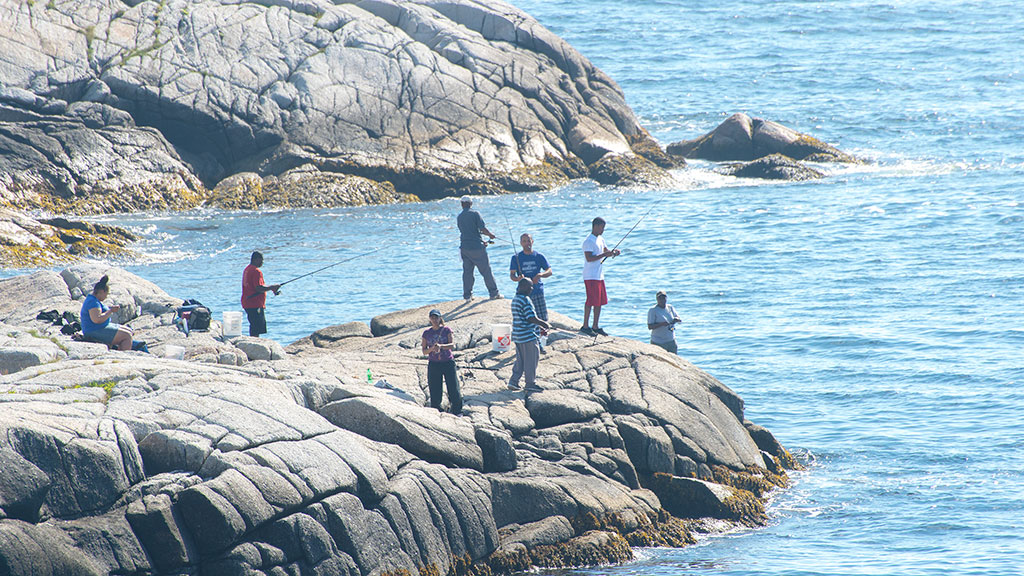 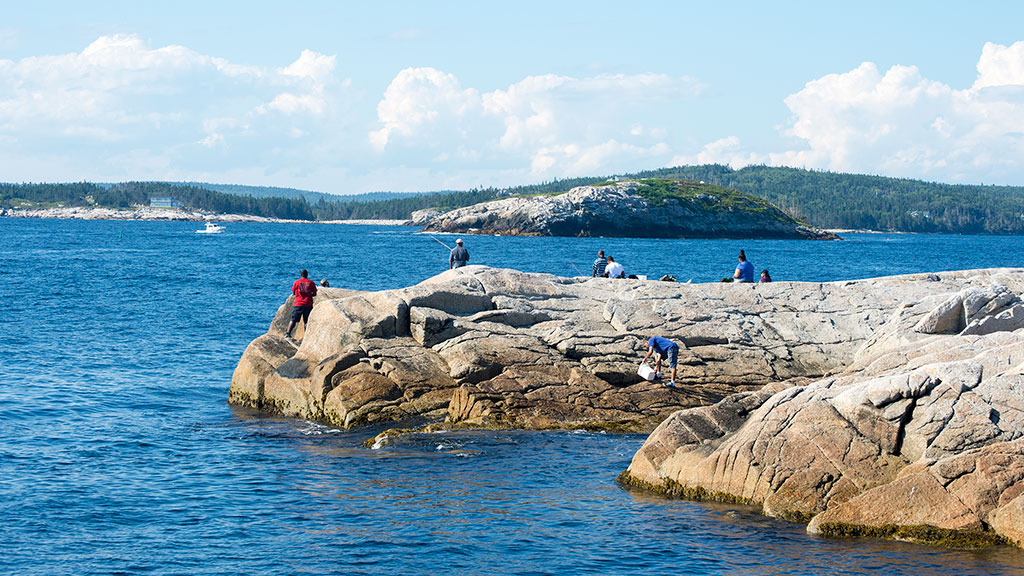 I find it amazing just how the vegetation manages to survive in this hostile environment, but it does. Soil in its usual sense doesn’t exist here, it’s more decaying plant and water than anything between the granite rock. Plants obtain moisture from the ocean fog and peat. 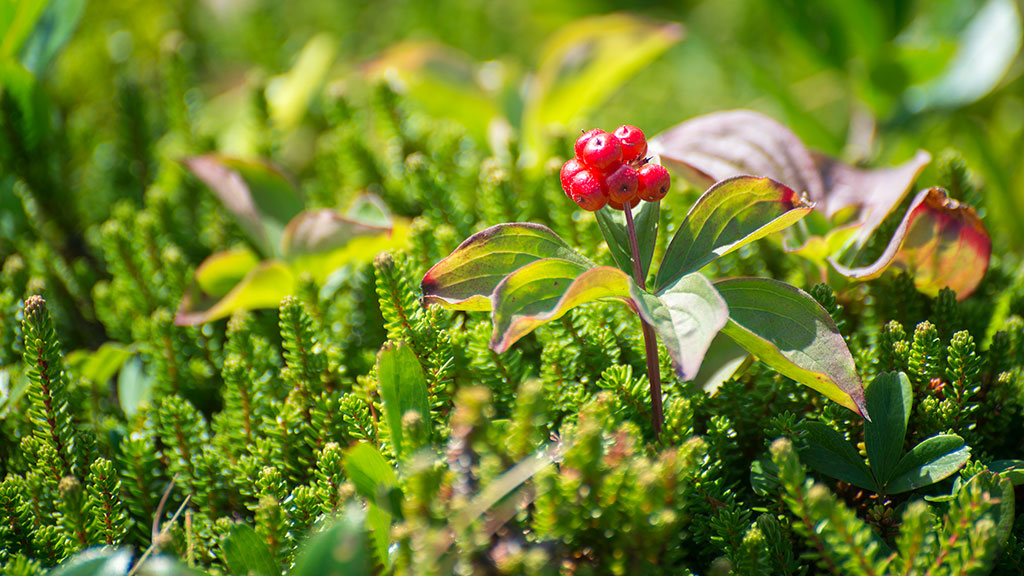 This is an amazing place to spend an afternoon and is one of my favourite places in the world.  If you follow the land across the bay, close to the end but back to the right somewhat, that is roughly the direction of the more widely known Peggy’s Cove. Of course, this is Nova Scotia. Past that, where you see nothing on the horizon is open Atlantic.

Where I am perched to take this vr is safe now, but when the tide is coming in or if it is a blustery day, waves can get big and things get treacherous.  I’ve been farther down when the tide was lower, which can give an even better look at that cleaved rock, but I’ve always kept the wet rocks and incoming waves at the front of my mind. Blair knows that when I head out here, he probably won’t see me for many, many hours, and there aren’t great numbers of people who hike the trail and even fewer who seem to come out this far on the rocks, so I need to measure my curiosity and love of adventure with a good amount of sense. By the time I would be missed, well…but at the same time, isn’t this a fabulous location? Definitely worth the hike and scramble and lugging of gear.

I’m told people have seen dolphins and whales here.  There are nesting colonies of cormorants and gulls, a variety of shore birds and I’ve seen bald eagles. Nearby, I’ve seen short-tailed weasel and then there is the trail itself, that wends through peaty bog, a variety of beaches, amazing rocky terrain. Sailboats, fishing boats, recreational boats cruise offshore. I even saw a man rowing into the bay once. So much to see, explore, experience, and photograph, and a wonderful place just to be. Ambitious hikers can find this shear rock face at the farthest point. 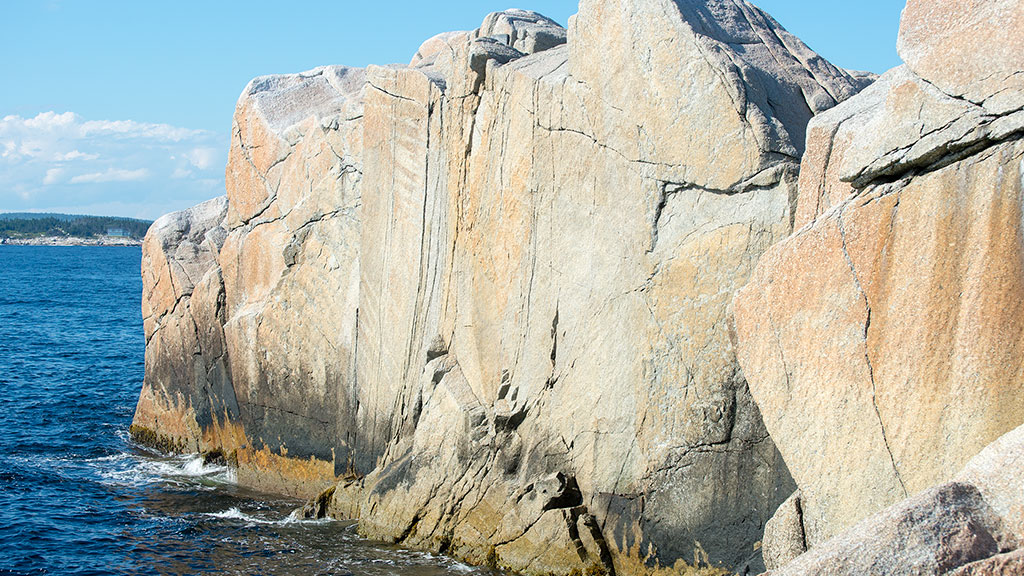 We love the pristine beauty of the rocks and the ocean here more than anything. It’s truly an unspoiled and an infrequently traveled spot with regards to your typical tourist, but one well-worth it. Below is another VR scene (iPad compatible) mid trail. Click and drag to view the scene in 360˙ 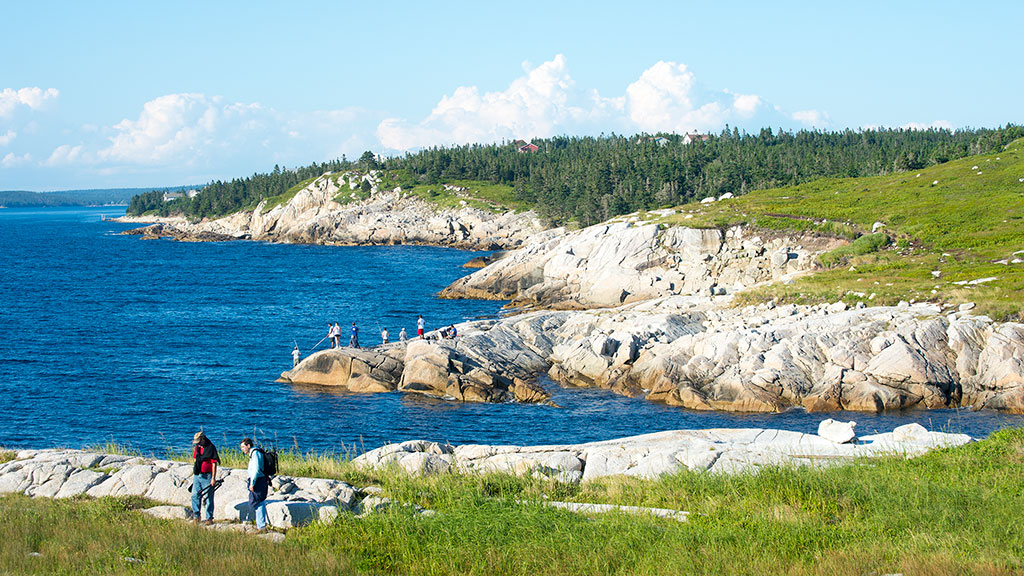 You may also be interested in our Nova Scotia travel videos. This entry was posted in Hike and tagged High Head Trail, Nova Scotia Tourist Destinations, Prospect, Where to hike in Nova Scotia. Bookmark the permalink.