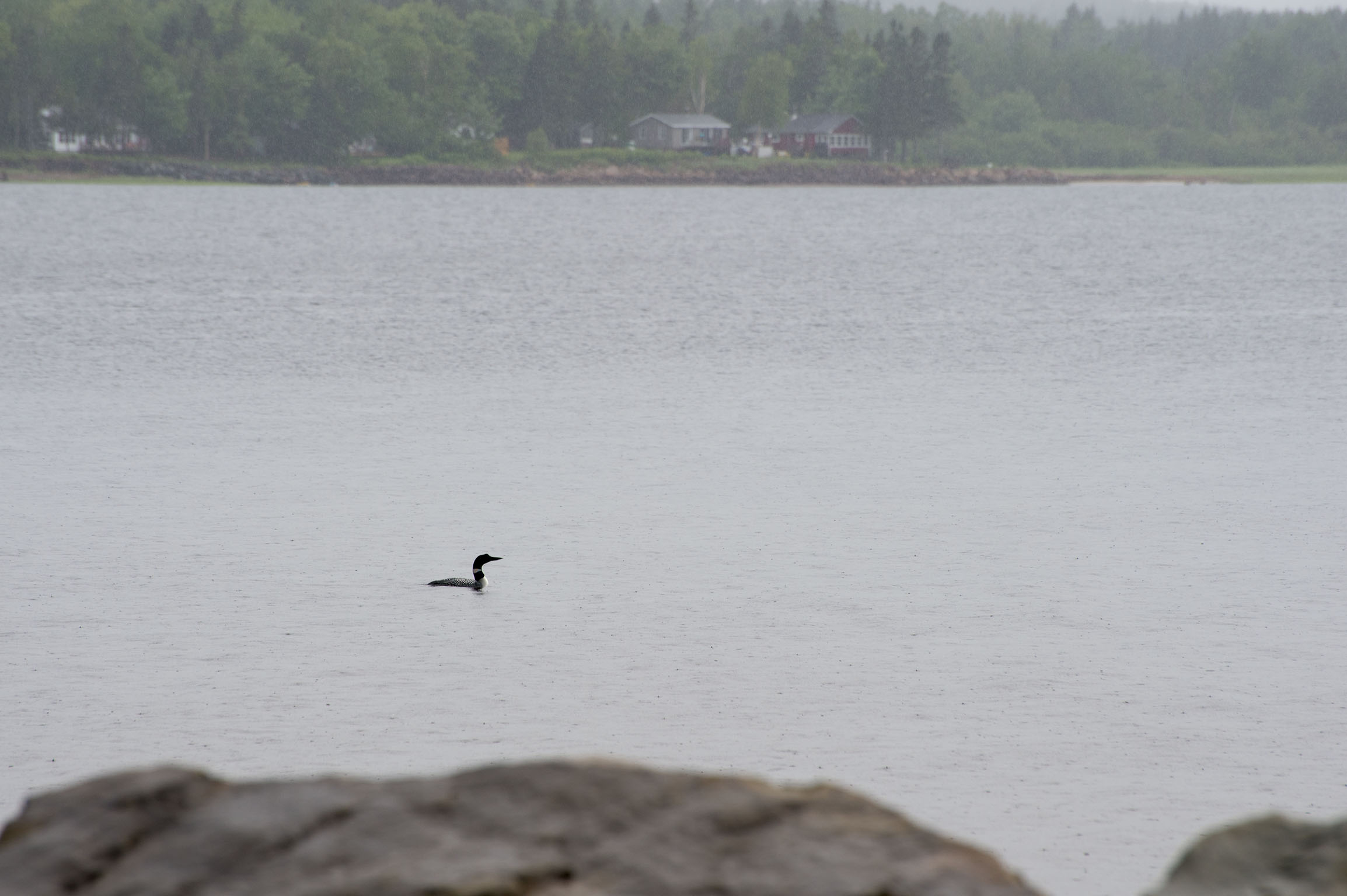 Spending time in one place is like engaging in a long-term relationship.  Every time you think you have the other person figured out, he or she surprises you with something new.

I’ve heard loons from across the bay over the years, calling from the salt water marsh that marks the mouth of a river emptying into the bay.  I’ve always considered it an extra special piece of magic when one calls while I am sitting out on the deck under the Milky Way, watching fireflies blink across the lawn.  But we’ve never actually seen one. Until this year.

The day began with more rain, as much of our first week here had. We were busy at our computers when I happened to look up and notice a bird in the water, rather close to shore. It’s profile was not gull, duck, or cormorant – it looked like a loon!.  It was a loon. It was just sitting off the shore, occasionally putting its head underwater. Eventually it dove and started moving further out in the water, finally meeting up with its mate, after which they both headed back across the bay.

This isn’t my best loon shot by far, but it’s my first of one in salt water and seen through my window with a view.

I wonder what new thing we might see or discover tomorrow…

This entry was posted in Beach, Birds. Bookmark the permalink.