Cows! And such pretty ones! 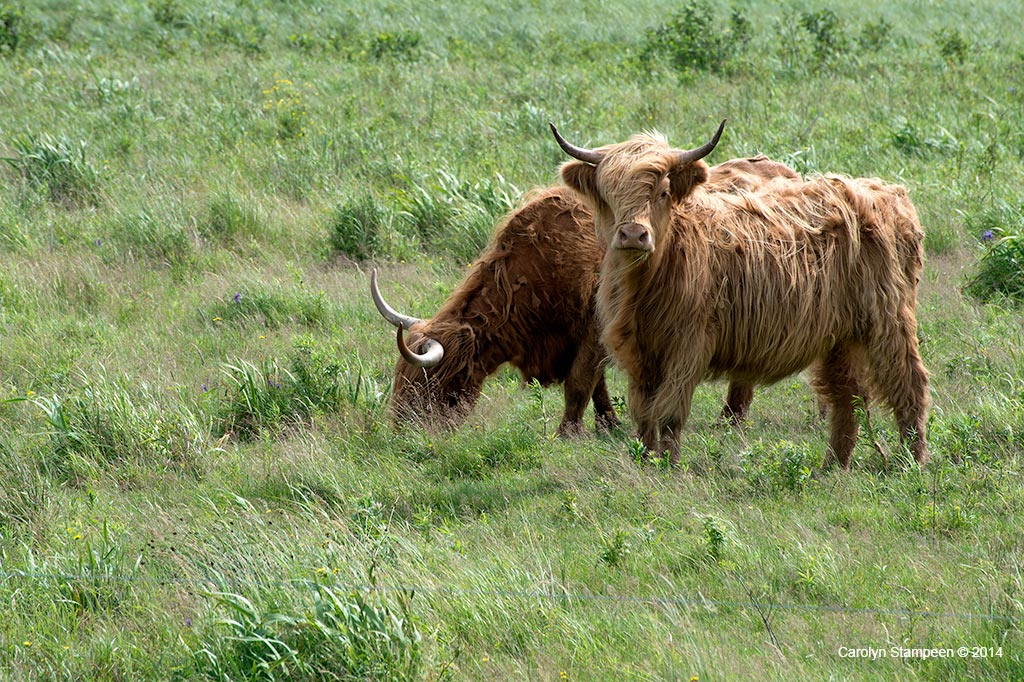 Hold onto your hats: the fellow actually stopped the car so that I could take photos of…cows! In a part of the country in which cows are definitely not strangers, even he thought the Highland Cows look cool.

I love photographing farm animals, but am always torn about shooting something that will end up on someone’s dinner table.  It’s kind of like taking photos of ghosts that are still alive, somewhat morbid,  and for a long time, I just didn’t bother.  But then, because folks always need to justify decisions, I decided that I was at least commemorating their existence. 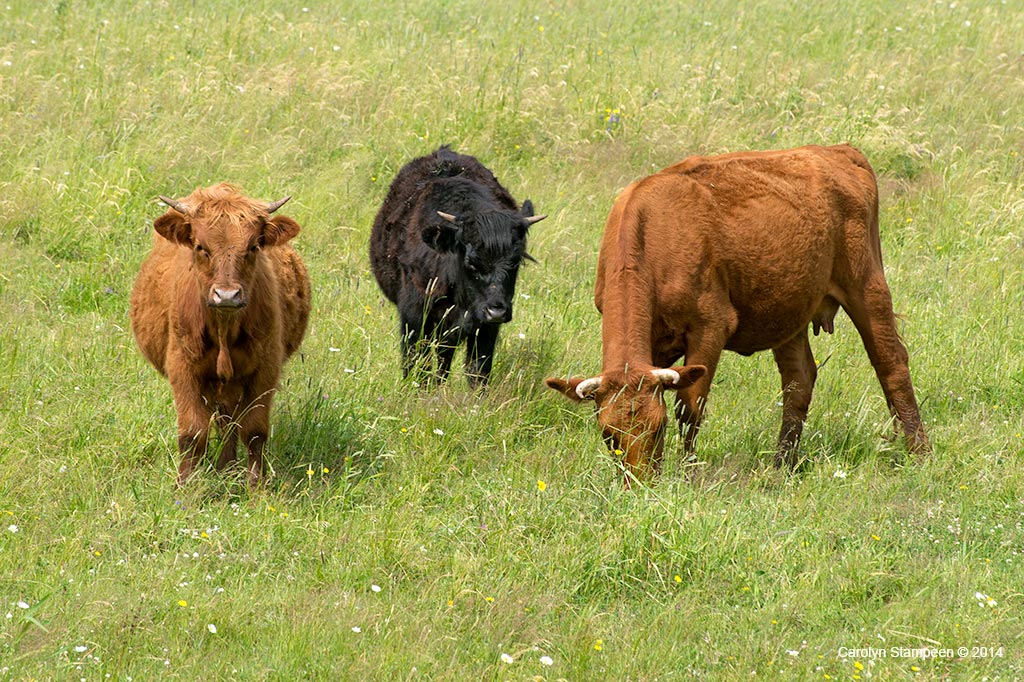 These animals are so beautiful that if I were able, I would just sit there for hours watching them. Just look at that long hair blowing in the wind, softening the rather imposing look of those very impressive horns.

This breed comes from the Scottish Highlands and is very hardy.  Their long hair provides insulation that reduces the need for a thick fat layer to protect the animals from harsh winter climates, meaning that as well as being able to handle cold and wind, they produce leaner meat than other breeds.  They eat plants that would cause other cows to turn their noses up and they are apparently very good at finding suitable food in inhospitable terrain. So there is more to them than just their beauty, as least as far as the agricultural industry is concerned. This cow felt the need to respond to the cows bellowing on the other side of the highway.

As I was taking photos, I heard a bellowing and thought the fellow was getting impatient with me. Turns out that the cows on the other side of the highway had started to bellow (no, it wasn’t a moo), which triggered a response.  Apparently it’s common to mate the purebred Highland Cows with a different breed for practical reasons that you can Google for yourself, as it’s a bit too clinical for someone who doesn’t eat meat to want to go into, so I’m wondering if the cows on the other side are crossbreeds.  While they look similar, they aren’t quite the same.  Maybe they are just young and their horns and fur are still growing…if you know, please share. 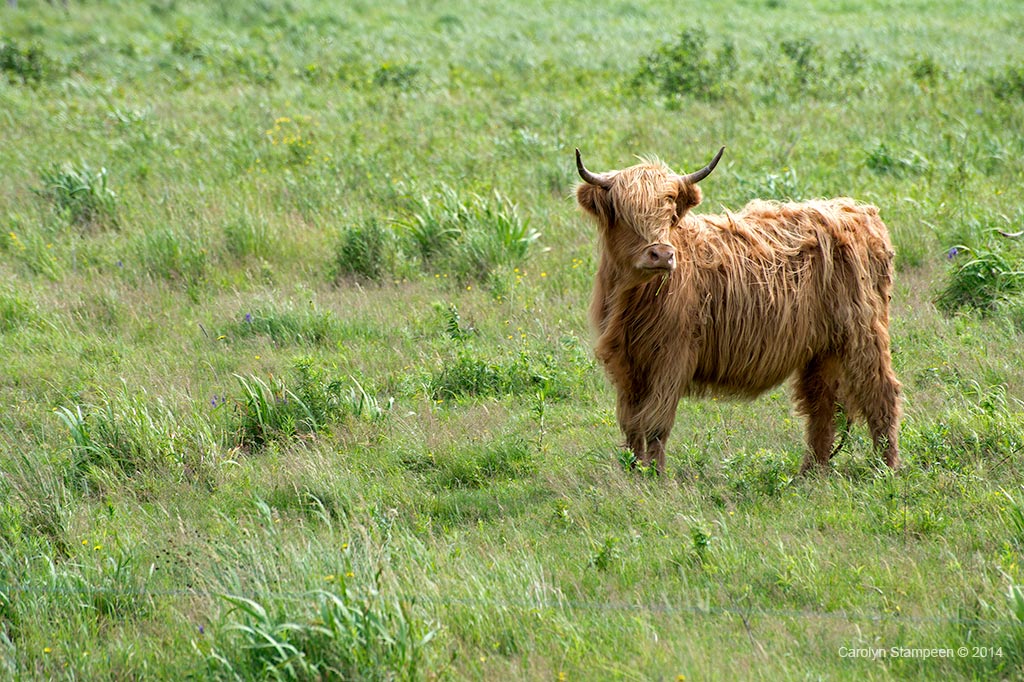 I hope that the long hair doesn’t make it difficult to see, but the flowing locks are pretty.

Hopefully, I’ll be able to shoot again during magic light before the summer is over — imagine them with that golden glow hitting their beautiful coats. This herd is located in New Brunswick, somewhere between Cap Pelee and Port Elgin.

This entry was posted in Uncategorized. Bookmark the permalink.