Peregrine Falcons and the importance of repetition and decisive action 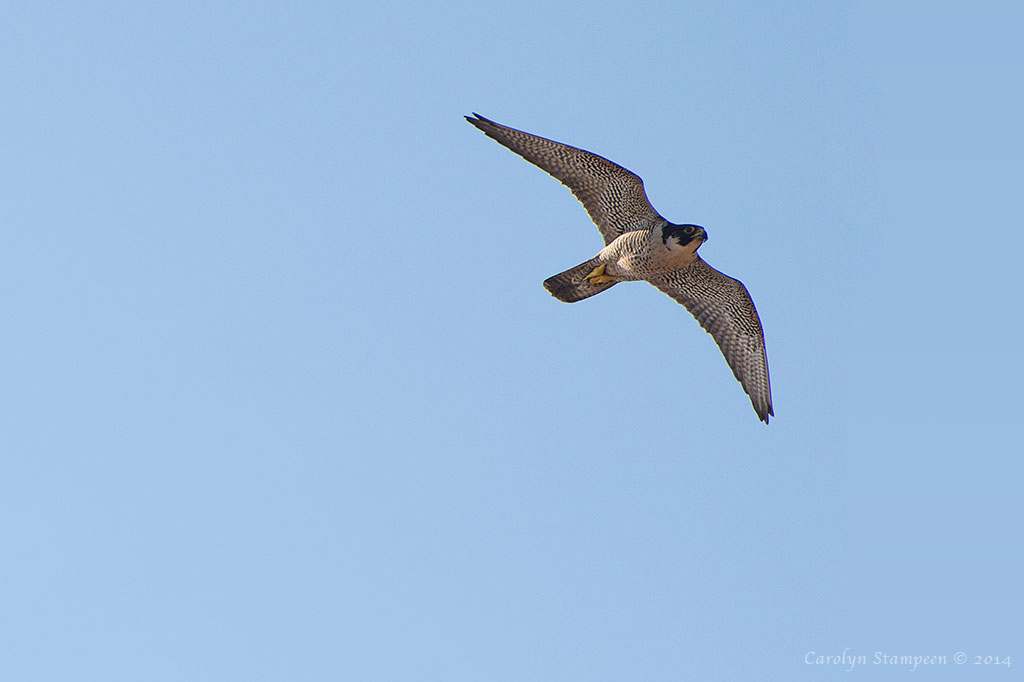 We went to Cap D’Or on the weekend.  It was a gorgeous day, brilliant blue sky, barely a cloud in sight, the tide was well on the way out and Darcy’s food was amazing, as usual. But we had an unexpected treat at the end of our time there.  The fellow headed up the hill while I took some last shots before following.  Just as I was putting my camera away, four birds came screaming from the cliffs.  They flew out over the rocky point in front of the lighthouse, flew around each other, calling all the while before heading back to the cliffs.  They were Peregrine Falcons! 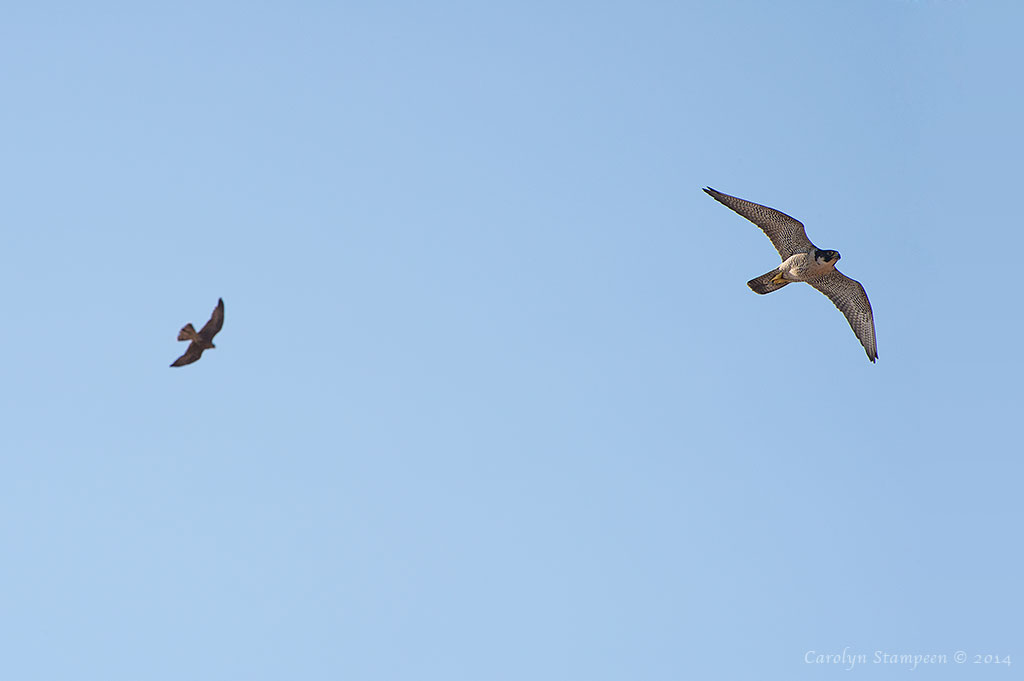 To understand how special this is, know that this species was well established in Nova Scotia before the days of DDT.  Then their numbers plummeted and they were all but eradicated.  The last known nesting pair in the province was seen on the cliffs here at Cap D’Or in 1955. In 1978, they were declared an endangered species across Canada.  In the 90’s attempts were made to re-establish colonies in the province and one of the locations in which birds were released was here.  It took a long while, but Peregrines can once more be seen sailing around the cliffs. The Peregrines flew down from these cliffs.

The importance of repetition: We’ve been coming here a couple of times every summer for many years.  Each visit shows us something new.  On different occasions, we’ve seen seals, porpoises, Eider Ducks.  This was the very first time we’ve seen the Peregrines. It pays to return to the same places and be observant. 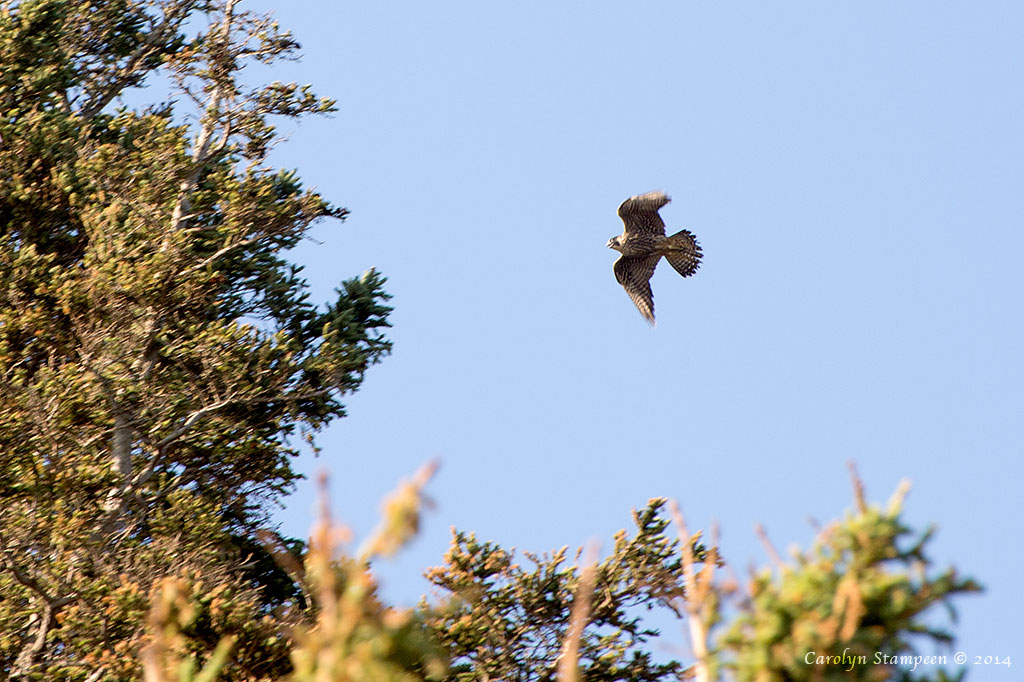 The importance of being decisive: in a situation like this, there was no time to think “do I have time to change my lens?”  If I hadn’t reacted quickly, I would have missed these shots, which were the end of the aerial show.  I had been using my wide angle lens for shots of the cliffs when the birds swooped down.  If my telephoto had been on my camera, I might have had some really amazing shots of the birds closer and interacting with each other.  But, as soon as I recognized what they were, I reached for my long lens and made the switch, knowing that I was definitely not going to get a shot if I didn’t, and I managed to get a few recognizable shots of an amazing bird.

You may also be interested in our Cap D’Or Nova Scotia travel video.