I wanted to check out the Wallace Bay Wildlife Area, so I did.

A walking trail here goes along a dyke, then takes one through a forested walk.  I was hoping that since there was water on either side of the dyke I would have an opportunity to shoot some birds, but that proved more difficult than expected.  The trees are a little thicker than would make that an easy task and the truth is that birds saw me long before I saw them.  In fact, it’s too bad that I hadn’t had a goPro stuck to my head, as I saw some cool things, like kingfishers gliding over water;  a bird startled into the air, dropping a fish; herons and various ducks.  I just couldn’t point my camera quickly enough. There were lots of dragonflies and damselflies and many of these were co-operative.  The plant life was interesting – there were some very cool mushrooms, as well as interesting mosses, as well as a variety of wildflowers.  The forest path wandered through various types of trees, from deciduous to fir. It is a nice walk. 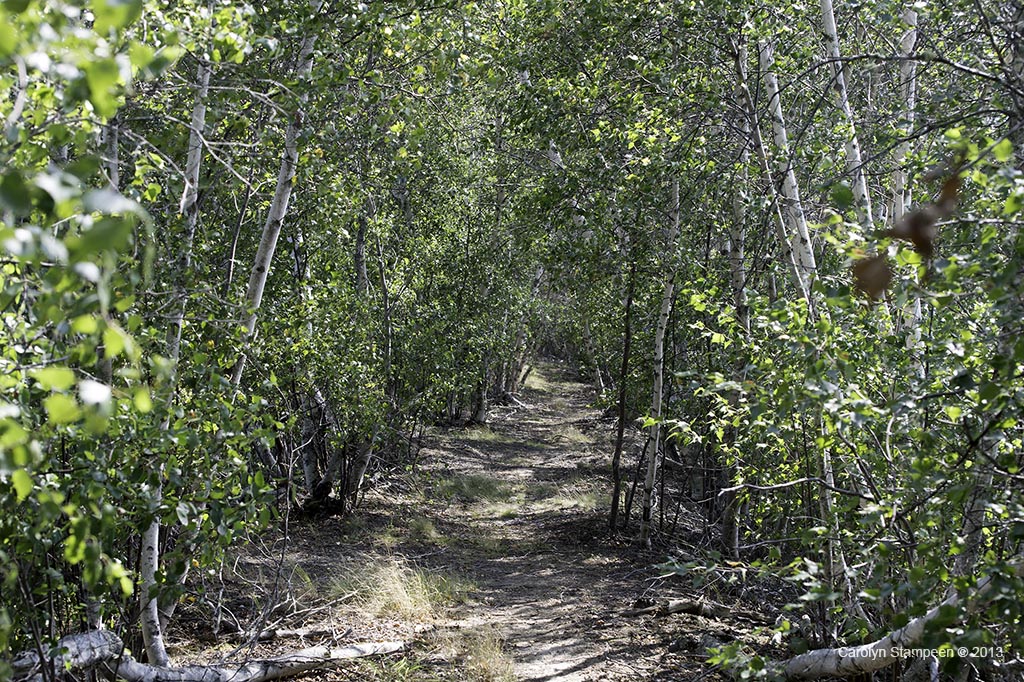 This is the beginning of the trail. It’s a pretty walk, over a tree-lined dyke. There is water on either sides. Walk carefully if you are looking to see birds, as your motion is more visible than theirs – the kingfishers will be sure to constantly remind you of that!

The trail is pretty easy walking, though parts of the woods part is a little overgrown in areas.  I walked it mid-August and part of the overgrown area was caused by spikey brambles laden with ripe blackberries.  Not such a bad trade-off  for a few scratches. I didn’t really encounter mosquitoes until I reached a marshy part of the woods, near the last part of the trail, but then their presence became uncomfortable and I was glad for the mesh bug jacket I had carried along just in case.

At the end, I came out through yellow tape next to a sign stating that the trail was closed! It would have been nice if this had been mentioned at the dyke end of the trail. There were a couple of wooden bridges over some streams through the woods, and one of these was in pretty rough shape, so I’m guessing that this was the reason for the trail closure.  If you are primarily looking for the wetlands wildlife, sticking to the dyke part of the trail will keep to you to the “safe” part of the trail. 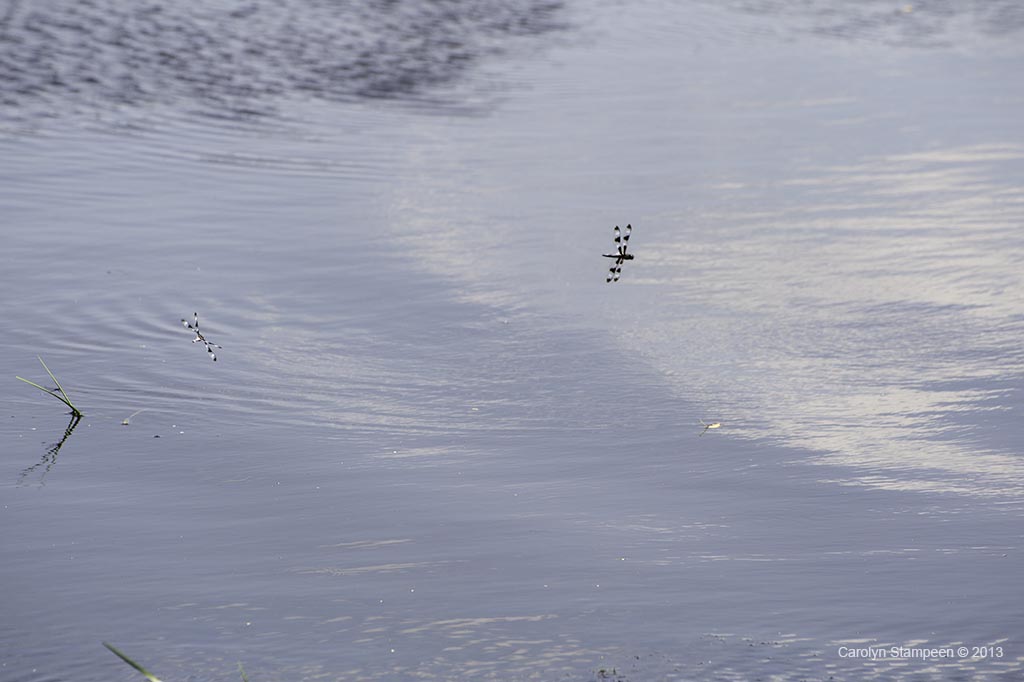 Dragonflies in flight! I set my focus based on their predicted flight plan and got lucky! They buzzed over the area long enough for me to gauge where they might be, but once I took the shot, they moved on. This dragonfly posed on a branch in the wooded section of the trail. Wooded doesn’t mean less marsh and by the number of mosquitoes on this part of the trail, the dragonflies were well fed. A damselfly posed on a bright green leaf.

Supposedly there is a blind somewhere along the dyke (if so, it’s well concealed) and at some point, I’d like to go back to see if it really is there.  It could be a great place to photograph birds.  Do note that this area is managed by Ducks Unlimited and seasonal hunting is permitted here, so check up on the website before you go, particularly during hunting season, so that you are informed of any necessary precautions.

I took a couple of hours to complete the entire trail; however, do note that as someone with a camera who stops often, this isn’t necessarily reflective of the time it takes to simply walk the trail. These green-winged teals were the only birds I managed to photograph! As a matter of fact, I apparently startled them a number of times as I made my way down the dyke.

I’ve never seen this type of fungus before. These were found along the dyke. Looking on the net, they could be pigskin poison puffballs. Jewelweed. Apparently this is Nature’s remedy for poison ivy. 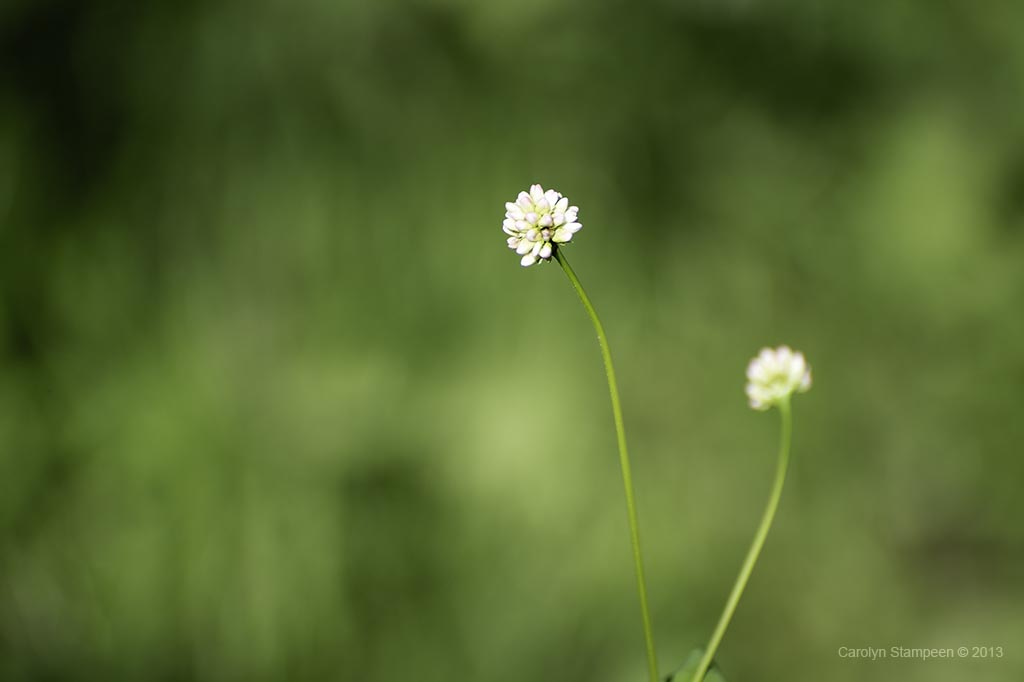 There was an interesting variety of plant life. I had to pass under the yellow tape to finish the trail, then to discover that it was closed.

More information about this area may be found here.

There are a couple of ways to get here (you can either end up going north or south along Aboiteau Rd to reach it), but I would highly recommend following the Sunrise Trail to or from Wallace to connect with Aboiteau Rd and go north rather than follow the North Wallace Road route then going south on Aboiteau Rd.  N Wallace Rd is paved, but is very rough.