We were headed to Berwick and took our time.  One of our stops along the way was Mud Creek.  Well, sort of but not really.  In 1830, some wise townfolk decided that Wolfville had a much better ring.  We had two goals in mind here: lunch and the Old Burying Grounds.

Early European settlement of the Wolfville area was by the French Acadians in 1680. The Acadians thrived and mastered reclaiming marshland by building dykes and turning the reclaimed land into a fertile agricultural area. War and treaties and politics, however, resulted in the Acadian expulsion in 1755. In 1758, the British Nova Scotia government made emptied land available to British subjects in New England and the New England Planters moved in – about 8,000 of them. This was the first major influx of British settlers who did not come directly from Great Britain. One of my ancestors was one of these settlers and had relocated from Connecticut. Baptists there at the time were forced to meet secretly and he and many others looked forward to practising their religion openly.

The Old Burying Ground on Main Street is the last resting place of many of the Planters in the Wolfville area.  Some of the gravestones are broken, but most are still intact, all quietly reminding us that we are only a thread in the large fabric of time.  Since we were passing close to the area, I wanted to take some time to visit. 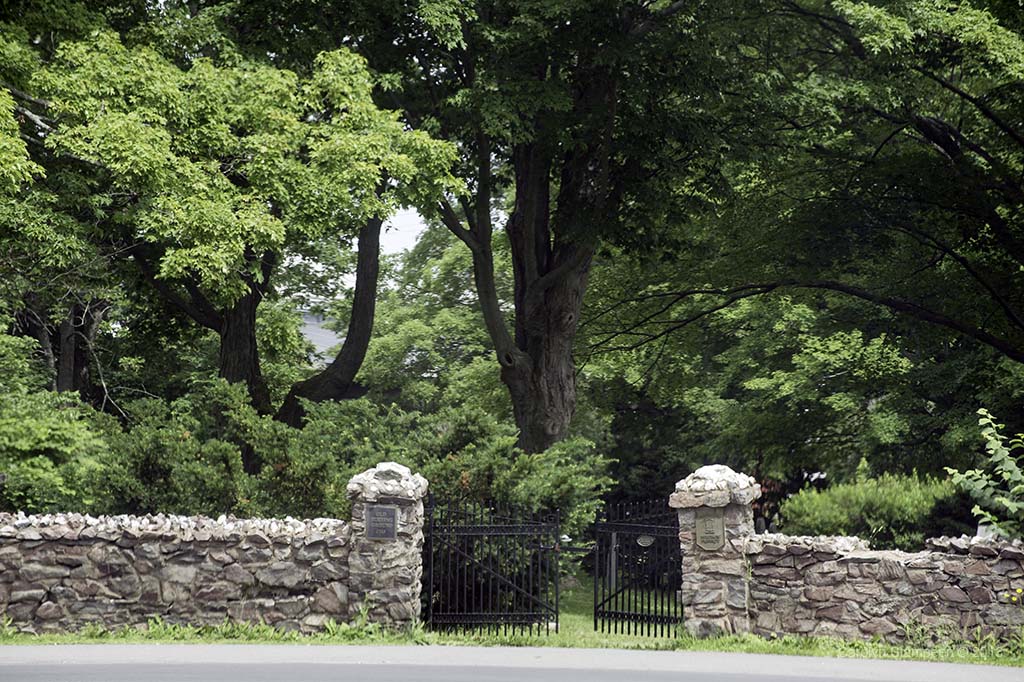 The Old Burying Ground was established in 1763 as a non-denominational cemetery for the New England Planters who settled the area. It’s located on Main Street, Wolfville, almost across the street from Acadia University. 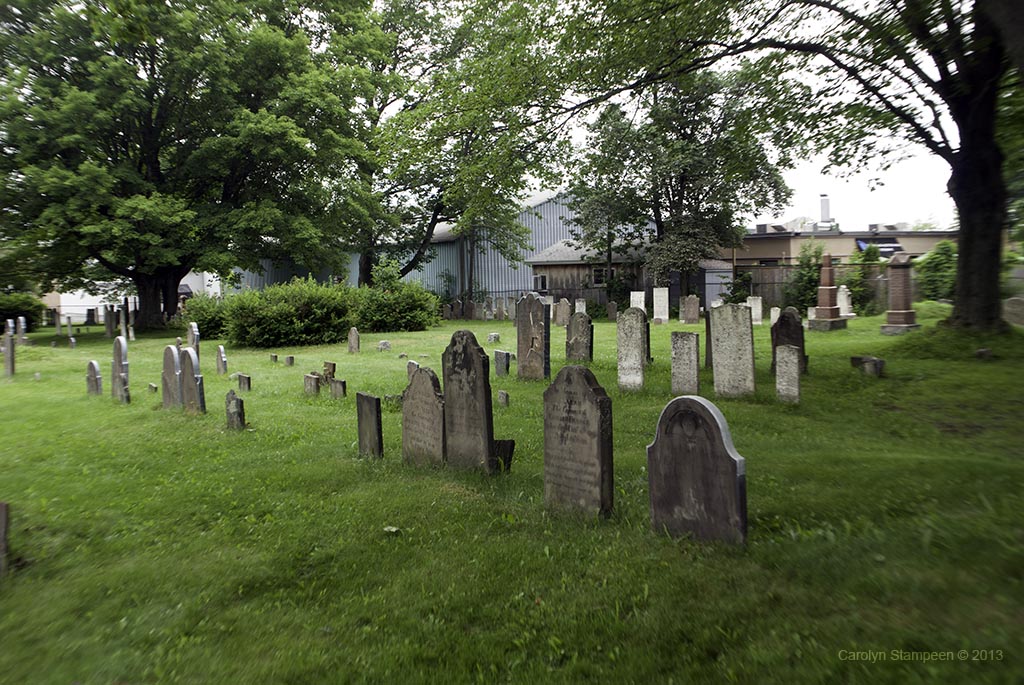 There are some broken stones, but most remain intact. Some have eroded over the years to become illegible, but others are still proclaiming the lives of those resting at their bases.

I’ve done some research into my family history and one day was particularly interesting in that the woman sitting at the microfilm scanner next to me was researching her Acadian ancestors who were among those booted out of their homes so that my ancestors could come and settle.  History is a complex web of who’s in and who’s out, and the European history of Nova Scotia is a pingpong game of French and British rule.

We need to take more time here.  The old homes are beautiful, we loved the atmosphere and it would be fun to explore more. There is a lot of history steeping in the place and a university town has to have some interesting things going on.  This is on a list of must-come-back to check out further. Acadia University is a beautiful campus and is a top-rated school. It was established in 1836 by the Baptist Community and its original intent was to to prepare men for the ministry and to supply education for lay members. Today, it is a model of adaptation to the modern age: in 1996, the university pioneered the use of mobile computing technology in a post-secondary educational environment. As we looked around the town and the campus, the fellow and I agreed that if we were to do the university thing over again, we might strongly consider Acadia. There is an amazing vibe to the town that seems to lend itself well to the life of a student. A pretty place to wait for a bus. This is a great door, don’t you think? This is where we decided to settle for lunch. It turned out to have been a really great choice, but more in that in tomorrow’s post. The fellow was tremendously impressed by the beer selections, knows his way around a keg, so who better to discuss the finer points. Me, the food was amazing. Some signs about town indicate a rather relaxed stance to business hours.

This entry was posted in Beer, Dining, History and tagged Nova Scotia Tourist Destinations, Where to go in Nova Scotia, Wolfville. Bookmark the permalink.